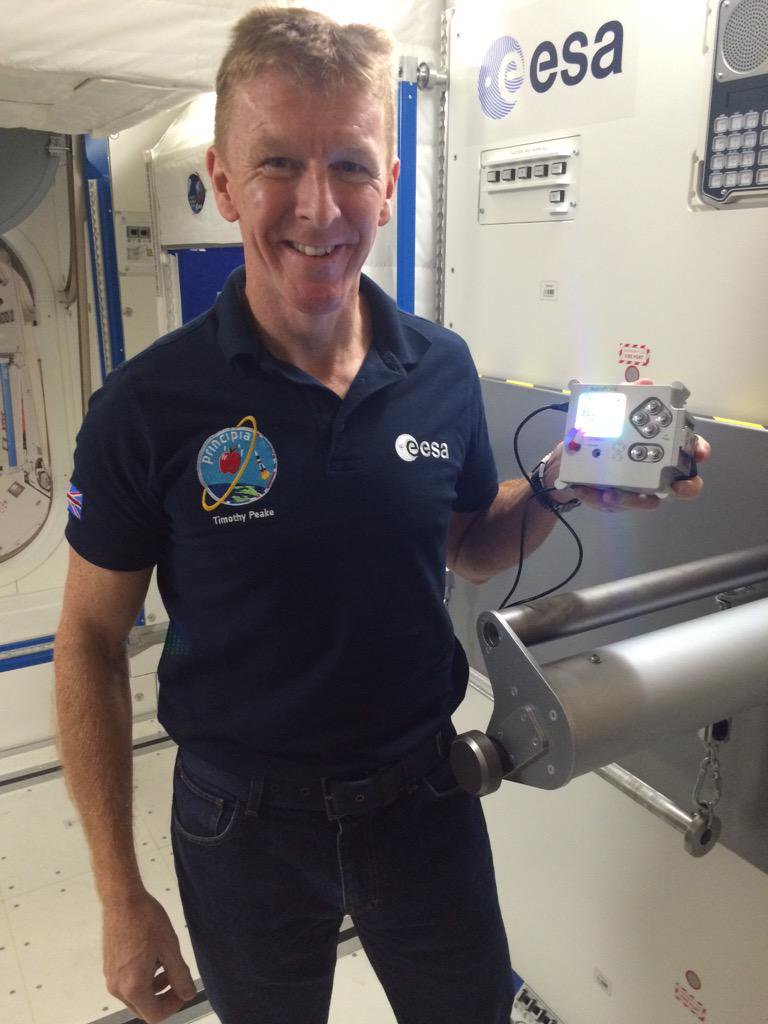 Tim Peake is a British ESA astronaut & test pilot who recently announced that he will be participating in the London Marathon next year from SPACE! He will attempt to run the marathon distance on a treadmill about 400 km away from the earth in ISS (International Space Station). Peake will take off from on December 15 on board a Soyuz rocket for 6 month mission to the ISS.

Tim Peake tweeted saying, “Really excited to be running the Digital Virgin Money #LondonMarathon 2016 from space, in support of @PrincesTrust“.

Peake will run the 26.2 mile course while he orbits our planet, using a virtual-reality device that will feature High Definition footage of the actual course and other runners simulated digitally.

In a video released by Virgin Money London Marathon, Peak was quoted saying, “One of the biggest challenges I’ll be facing is the harness system,” he said. “In microgravity I would float if I didn’t strap myself down to the treadmill, so I have to wear a harness system that’s a bit similar to a rucksack. “I don’t think I’ll be setting any personal bests. I’ve set myself a goal of anywhere between 3:30 to 4 hours.

Peake, a former helicopter pilot who ran the London Marathon the usual way in 1999, will be running for the Prince’s Trust charity. His time in 1999 was three hours, 18 minutes, 50 seconds.

He won’t be the first to run a marathon in space. Indian-origin astronaut Sunita Williams ran the Boston Marathon on board the ISS in 2007.

The London Marathon, which will be held on April 24, was founded in 1981 and attracts over 30,000 participants each year.