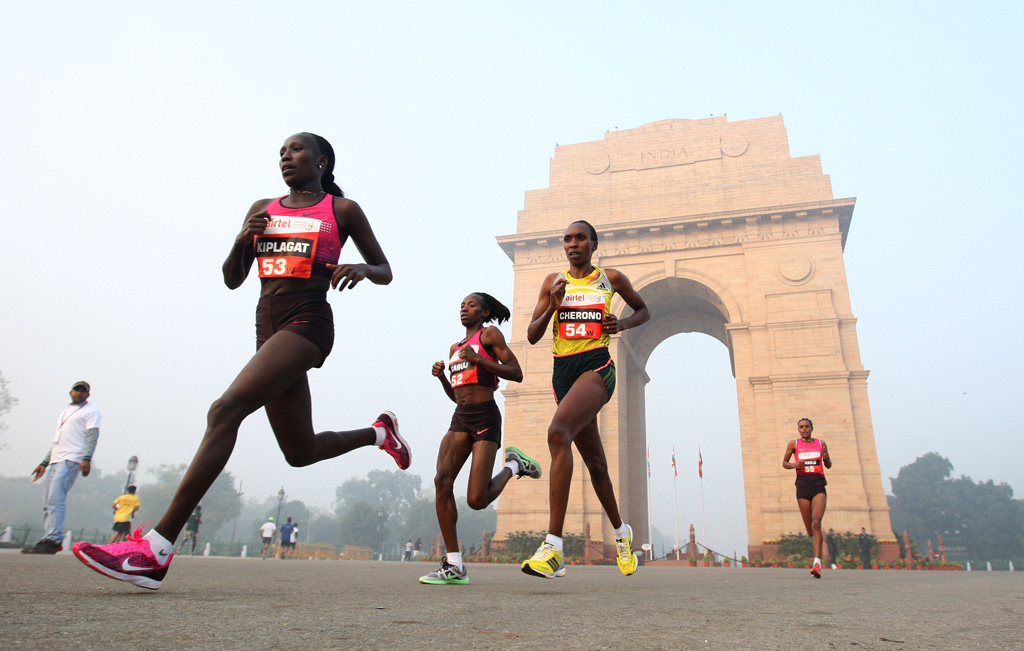 The next edition of Airtel Delhi Half Marathon 2017 is scheduled for November 19, 2017 and registrations are now open. Apart from the Half Marathon category, the race will have timed 10K run, Senior Citizens’ Run,  the Champions with Disability Run and Great Delhi Run.

With a total prize money of USD 275,000 this year’s edition is expected to witness over 34,000 participants, pound the wide long stretches of the capital on the third Sunday of November.

Online registration can be done at: www.adhm.procamrunning.in

The 2017 edition of the event will have over 34,000 running places across the five different categories.

▪ Airtel Delhi Half Marathon’s online registrations and PO Box entries across different race categories will be accepted as mentioned below:

▪ Half Marathon, registrations open on Tuesday, 14th September and will remain open until Tuesday, 3rd October 2017 or when filled, whichever is earlier.

▪ Registrations for The Great Delhi Run, Senior Citizens’ Run and the Champions with Disability Run also open on Tuesday, 14th September and will remain open until Friday.

▪ Timed 10K Run registrations will open on Thursday, 14th September 2017 and close on Friday, 13th October 2017 or when filled, whichever is earlier.

▪ For further details contact the event helpline number +91 96500 33333, which will be open from 10 am to 7 pm, Monday to Saturday. Toll-free for Airtel subscribers and chargeable as per standard call rates for non-Airtel subscribers.