Most Adventurous Marathons in the world! 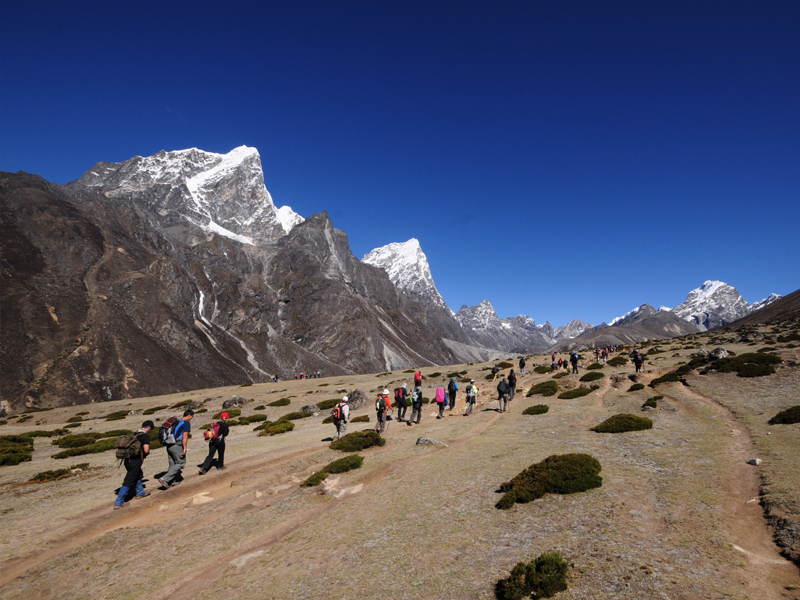 Adventure and long runs are certainly the top Endorphin boosting activities and if you get a chance to combine the two, you are sure to get once in a life time experience! How about the idea of participating in the most challenging runs in the world that only a handful of people would dare to participate? These are the long runs that any marathon enthusiasts would aspire to run. If you are also a travel enthusiasts, you can combine some of these best adventures with a marathon holiday. The name itself is enough to send chills to your bone. The Polar Circle Marathon is a classic 42.1 Km run that combines a unique arctic race with a visit to remote Greenland. This unique marathon lets you run on the vast ice sheet and experience breathtaking polar landscapes in this challenging race. The untraditional feature of the race is that it is situated on 66 degrees northern latitude – also known as the polar circle.

The Polar Circle Marathon and Half Marathon takes place at Kangerlussuaq in Greenland. The endless ice and arctic tundra of this vast country make up the back drop of this unusual race. On the course of this run, one gets to pass glaciers, scenic landscapes and experience the soundless arctic desert. A part of the route takes place on the 100,000-year-old ice sheet itself, but the main part of the race is run on gravel road, often covered in snow, that connects the inland ice with the small township of Kangerlussuaq, just north of the Polar Circle. The wildlife that marathoners may encounter is musk oxen, reindeer and other animals inhabiting the arctic desert.

The Polar Circle Marathon is more demanding than usual marathons due to the cold weather and the slippery surface for the parts of the race that goes over the actual ice cap. This amazing event is conducted to commemorate the first successful ascent of Everest by Late Tenzing Norgay Sherpa and Late Sir Edmund Hillary on 29th May, 1953. The marathon starts from the Everest Base Camp (5364m/17,598ft) and finishes at Namche Bazaar (3446m/11306ft). The measured distance of the course is 42.195 km (26.2 miles) over rough mountain trails.

Himalaya Expeditions  Private Limited organizes this three-week holiday/marathon that combines sightseeing tour in the capital, Kathmandu (of Nepal), a 14 day trek to the marathon starting point under medical supervision, an ascent of Kala Patthar (5545m/18200ft) for the best views of Everest. Although the course of the Everest Marathon is basically downhill, there are two steep uphill sections. One can also encounter snow and ice on the upper part and considerable exposure along much of the marathon route. This is one of the world’s most spectacular race held annually. The Comrades Marathon is an ultramarathon of approximately 89 km (approx. 56 miles) which is run annually in the KwaZulu-Natal Province of South Africa between the cities of Durban and Pietermaritzburg. The direction of the race alternates each year between the “up” run (87 km) starting from Durban and the “down” run (89 km) starting from Pietermaritzburg.

The event is capped at 18,000 runners, and participants are hailed from more than 60 countries. In every event since 1988, over 10,000 runners have reached the finish within the allowed 11 or 12 hours. With increased participation since the 80’s, the average finish times for both genders, and the average age of finishers have increased substantially. Runners over the age of 20 qualify when they are able to complete an officially recognised marathon (42.2 km) in under five hours. During the event an athlete must also reach five cut-off points in specified times to complete the race. Photo courtesy: www.comrades.com Tired of running on concrete, trails, treadmill? How about running or rather climbing steps to experience one of the most thrilling marathon of your life. The Great Wall of China Marathon is a locally organized event held annually every May 1st, offering a full selection of runs including a full marathon (42.2k), half marathon (21.1k), 10k, and 5k distances. This marathon tests you like no other race with more than 20,000 stone steps, and no less than 30km of running experience on one of the oldest and most recognizable structures in the world. Photo courtesy: www.great-wall-marathon.com The Old Mutual Two Oceans Marathon has earned a reputation as one of the world’s most beautiful marathons. Participants can choose from various distances – the scenic 56km/ 35mile ultra marathon or popular 21km half marathon and the 5km or 2.5km fun runs. The event attracts close to 26000 participants across all the distances and provides them with a mixture of breathtaking scenery, a gruelling test of fitness for both the elite and recreational runner, and an unrivalled race organisation and atmosphere.

Participants consistently vote it as one of the best in South Africa and it continues to attract strong fields and an increasing number of international entrants. The event has become synonymous with the Easter Weekend in Cape Town, with the pre-race activities at the expo, family day, and fun runs on Easter Friday. En-route entertainment on the race day provides fun, excitement, and a unique experience to runners, family, friends, and spectators alike.