After changing lives in India; GOQii is all set to disrupt healthcare wearable market in U.S 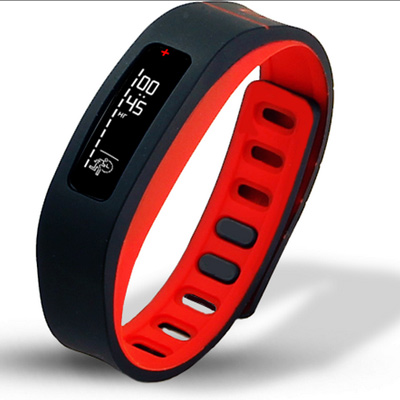 GOQii, India’s most successful digital health and wellness solution, today announced its U.S. launch out of beta. GOQii launched in India in 2014 as the world’s first integration of personal coaching with wearable analytics.

GOQii enables users to adopt permanent, healthy lifestyle changes by addressing missing elements in the current wearable technology market: motivation and accountability. Users are paired with health and fitness coaches who make data actionable by analyzing it and providing guidance. Users choose their coach based on personal health and wellness goals, and communicate via unlimited in-app texting and monthly phone calls. Coaches provide support, accountability and actionable insights to keep users on track to reach their goals.

GOQii offers a free wearable device with its monthly subscription service for $29 per month. It can also be used as an app that integrates with several major fitness wearables already in the market. GOQii syncs with FitBit, Apple Watch, Google Fit, Misfit and Jawbone Up.

“Data delivered from fitness trackers is of low value if you don’t know what to do with that information. GOQii’s platform and professional coaches add valuable insights and facilitate behavior change to actually improve your health and wellness,” said Vishal Gondal, CEO. “The key to sustained engagement with wearables is the collaborative relationship established between coaches and users.

In addition to unlimited coaching via private messaging, other features of the mobile app include:

“Having used fitness trackers in the past, GOQii finally provided me with a point of reference for the data I was collecting, but not able to apply due to my lack of context,” said Rossana Rega, GOQii user. “I have a mobile personal trainer, health educator and life coach with my GOQii subscription, allowing me to stay on track with my wellness goals while keeping up with my busy life.”

In addition to motivation provided by personal coaching, GOQii’s platform offers a chance for users to donate to charities with their wellness achievements through a feature called ‘Karma Points’. When users achieve specific goals, they earn Karma Points. GOQii, in partnership with OxFam, converts these Karma Points to cash that can be donated to a charity option of the user’s choice.

GOQii recently announced the appointment of Amit Singhal, Google’s former Head of Search, to it’s board of directors. Additionally, in November, 2015 GOQii announced its Series A funding of $13.4 million, which was led by New Enterprise Associates (NEA) and Cheetah Mobile Inc. and Edelweiss with additional support from Great Wall Club (GWC), DSG Consumer Partners, Ilkka Paananen and Pravin Gandhi.