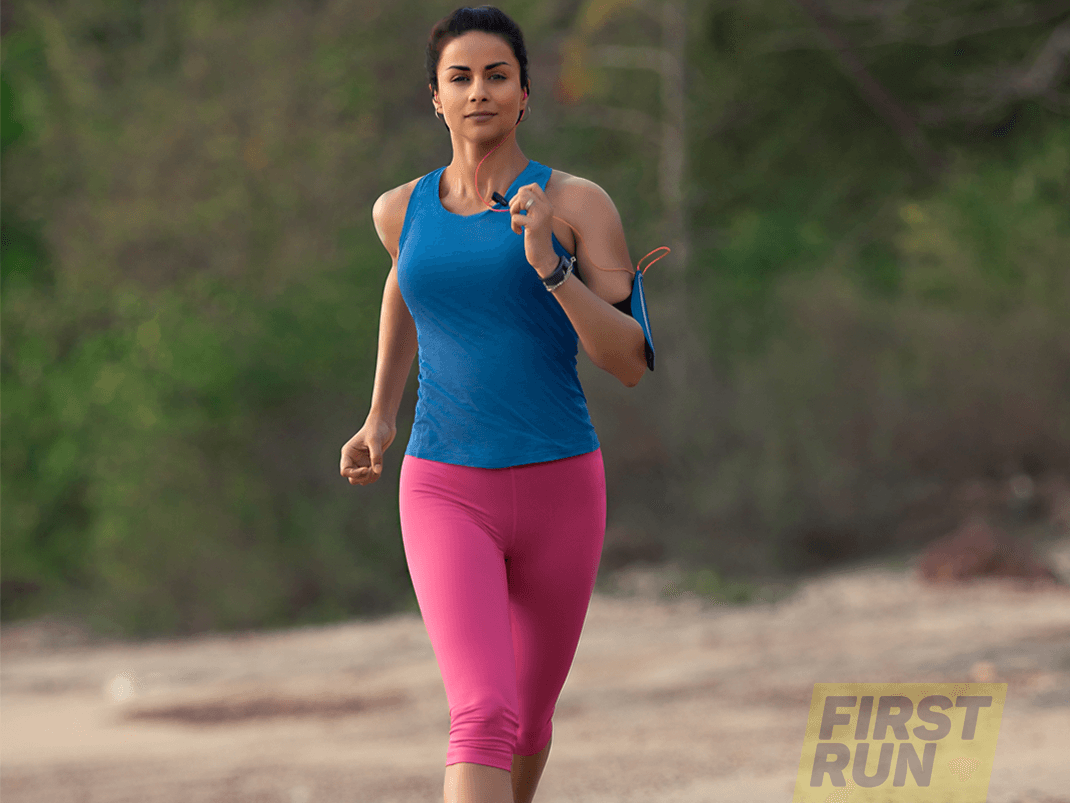 We all know Gul Panag as an actor, a fitness enthusiasts and an adventurer. She has been an active runner and a fitness buff who has now gone the entrepreneur way and launched a mobile app ‘First Run’. We are already spoilt for choice when it comes to choosing an App to track our runs but First Run is little unique as it looks to discipline aspiring runners through various features and running tips.

The free app aims to discipline runners to run about 30 minutes through its various features and running tips. It is a voice-based app with Gul’s voice inspiring the users. It has a 5km program for beginners (a tribute to Josh Clark’s brilliant C25K program) and an advanced 10km running program. First Run as an App presumes that you have never run and it acts as the coach who will make you a regular runner.

“Wherever I go, people are eager to know how I remain so fit and want to know my fitness secrets. I tell each of them that I run, that’s it. This habit was inculcated in me by my father at the age of 16, who urged me to run. At that age, I had the misconception that only overweight people run and since I was slim, I didn’t need to,” Gul Panag told IANS

“It is a proven fact that there are several advantages of running. When you run, you feel more happy as endorphins are released which make you feel happy. This clears the clutter in the mind and creates a superior mental capacity as well as physical capacity. Running helped me to study better as well as score better marks,” she further mentioned to IANS.