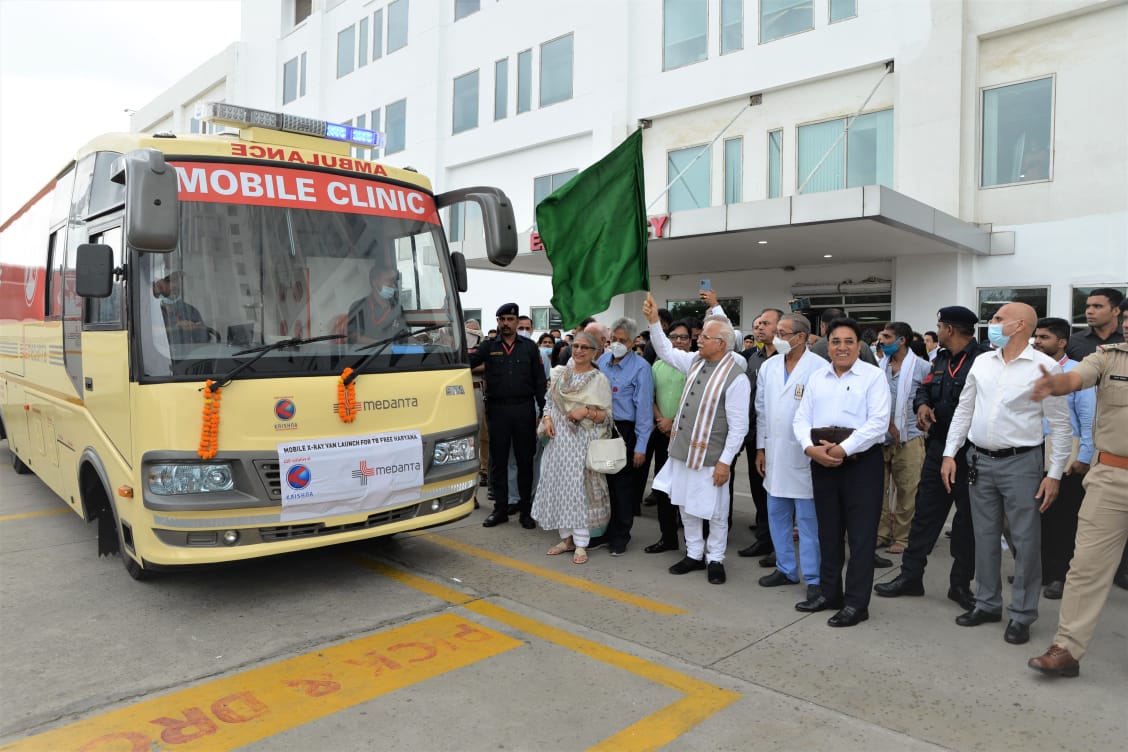 With an aim to galvanize corporates in the state of Haryana to contribute to the National Tuberculosis Elimination Program (NTEP) and launch new initiatives under the aegis of Mission TB Free Haryana, Medanta, in association with The Union, under the guidance of NTEP Haryana, organized a multi-stakeholder event engaging corporates and government stakeholders.

As part of the program, deliberation was held with potential and existing corporate partners from the state of Haryana, encouraging them to support the national initiative. Towards Vision 2025 – TB Free Haryana, Hon’ble Chief Minister of Haryana, Shri Manohar Lal Khattar Ji announced the “Adopt a District” initiative and inaugurated the Drug Resistant Tuberculosis (DRTB) clinic in Medanta Gurugram in the presence of Dr. Naresh Trehan (Chairman and Managing Director, Medanta), Dr. Anand Jaiswal (Senior Director) and Dr. Bornali Datta (Director) from the Department of Respiratory and Sleep Medicine, Medanta, Gurugram.

The objective of “Adopt a District” initiative is to encourage each corporate to support at least one district of Haryana, allowing them to assist the state bridge the gap in TB care services. This will strengthen and support the robust NTEP that works to detect TB in the unscreened population and establish linkages between identified patients, and the government healthcare and treatment services.

The Drug Resistant Tuberculosis (DRTB) clinic in Medanta, Gurugram will operate in close collaboration with the Central, State and District Tuberculosis Divisions to enhance access to the most advanced TB therapy available in the country. TB treatment regimens are lengthy, making it difficult for patients to follow through. They also leave the treatment halfway because of lack of access to therapy, which puts them at risk of developing multi-drug resistant tuberculosis. The DRTB Clinic will provide patients with end-to-end clinical and infrastructural support, minimizing the gap between TB detection and treatment. It will offer TB screening, diagnosis, government-approved advanced treatment therapeutics, regular patient monitoring and follow-ups. The outcomes will be recorded and reported as per the government guideline.

Speaking on the occasion, Shri Khattar Ji, said, “We have made significant progress in strengthening the infrastructure for TB treatment in Haryana. However, we must recognize that to scale-up access to therapy, private-public partnerships and multi-stakeholder models are the way forward. Collaboration with Medanta and launch of ‘Adopt a District’ initiative is a step towards achieving the National Goal of TB elimination by 2025.”

Dr. Naresh Trehan, Chairman and Managing Director, Medanta, said, “Timely screening, detection and treatment play a crucial role in the prevention and management of Tuberculosis. Currently, a vast majority of patients go undetected and untreated in India, significantly increasing the disease burden. TB is a serious challenge that has been plaguing the nation. Launch of ‘Adopt a District’ initiative and the DRTB Clinic under the supervision of the Government reflects our commitment to eradicate TB from India with concerted, consistent efforts in this direction.”