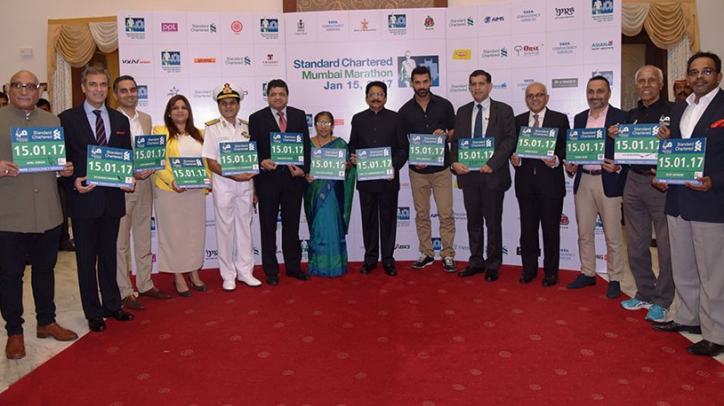 The registrations for India’s biggest sporting extravanganza were announced by the first citizen of the state, Honorable Governor of Maharashtra Shri. CH. Vidyasagar Rao during a ceremony held at the majestic environs of the Raj Bhavan.

As much a symbol of popularity as endurance, the SCMM online registrations and PO Box entries across different race categories will be accepted as mentioned below:

In keeping up with expectations of the runners, this year the Full Marathon offers5,000 running places, while 15,000 places will be available for the Half Marathon. The ever popular Dream Run will accommodate 20,200 participants. In keeping with its inclusive approach, 1200 entries will be permitted in the Senior Citizens’ Run and 300entries for the Champions with Disability Event, putting the total number of entries accepted at 41,700.

Face of the Event , John Abraham on his association with the event said, “It has been a pleasure and privilege to be part of such a celebrated event which brings together people from all walks of life. I especially admire the tenacity and resolve of those running the 42K and 21K and I urge the people of this country to take a step forward towards a healthier lifestyle and be part of this mega running revolution. I would also like to extend my best wishes to all those who will participate in the event in January.”